The fact remains that as the population increases so is the demand for products and services to sustain it.

However, the attempt to capture the hearts of the consumers is increasingly becoming a huge struggle.

This situation also makes the demand for originality amongst products and services high.

So, there are many products and services struggling to become the favorites of the few available markets.

This makes the job of the brands and their advertising partners even more onerous. Read the article, you will love it, and have something you want to share? Get in touch, we value your suggestions. Need to understand more about Instagram followers? Visit BuySellShoutouts website for related ideas.

In the present day digital world, you actually cannot achieve much in marketing, sales, and advertising if you ignore the social media.

This is where the crowd lies.

Of course, to create company profiles that will elicit the number of followers enough for you to advertise is very difficult.

So, you will always need the services of the social media influencers.

This includes celebrities and popular people who have the huge following that you need and who will in turn recommend your products and services to their followers.

The good thing about using influencers is that they have actually become cult heroes and models, and most of their followers try to emulate their entire lifestyle.

This includes trying out the products and services they use. 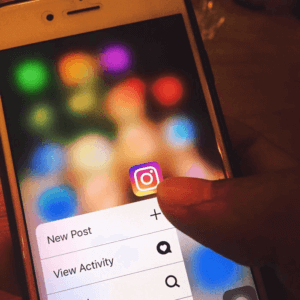 The Problem with Being #Instafooled

However, there is a problem with the use of influencers for marketing.

Many influencer accounts have been found to have fake followers.

In some other cases, the followers may be completely disengaged.

In fact, a recent survey confirmed this.

When 10,000 global influencer profiles were sampled, 15% of the followers were discovered to be fake and disengaged.

This is to say that as much as a fifth of their fans are not real.

So, you will not be getting the audience you are targeting with them.

Why You Must Keep Faith in Influencer Marketing

Now, many of the social media sites like Facebook are coming up with several methods of scrutinizing and deleting fake accounts.

But even if this was not the case, firms should not be deterred from the concept of influencer marketing.

This is because the social media keeps growing by the day, with more subscribers trooping in every minute.

The number of people that make use of the products recommended by influencers also grows.

The same country had 21% of its smartphone users on Snapchat by 2016.

A study also indicates that as much as 57% of internet users purchase products online after reading reviews on the social media.

In the Asia Pacific, for instance, there was a doubling of the number of people that make use of Snapchat and Instagram from 2014 to 2016.

Another important thing that came out of the research is that this population is not only made up of the young ones.

It was found out that one-third of the people between the ages of 55 and 65, who make use of the internet in that region, are also on Instagram.

In Singapore, for instance, 40% of the people between 16 and 25 have said that they believe the things that people say online about products and services.

So, the effect of social media influencers is very much real and positive.

Don’t Let Your Brand Be #Instafooled, but do not abandon the use of influencer marketing completely but seek for ways to get the best out of it.

How Not to Be #Instafooled

In the bid to ensure that you are getting the best of what you pay for, you have to follow three major steps. 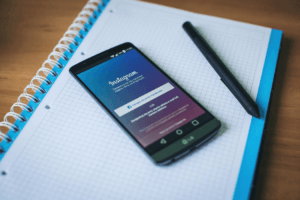 The first one is to make sure you engage in local marketing.

Search for those talents that are relevant in their location.

You should understand the difference between bigger and better, because the former may not translate into the latter.

The smaller influencers likely have fewer followers too.

However, their engagement with their audience, their relevance, and the loyalty they command may be much bigger and stronger.

In some cases, the consumers prefer being told about trendy brands in their local parlance, and this can only be achieved by local influencers.

Engage in a very solid scrutiny of the account of any influencer you wish to work with.

Investigate their account and go only with those that elicit solid and real engagement from the followers.

Most times, this will depend on how their audience was built.

Judge them according to the content that inspires the followership.

If it is of high quality, then you are in the right hands, but if it is a mere volume, run.

The same thing will translate into your brand, mere numbers and no conversation.

Lastly, ensure that there is something natural or something that connects the influencer with your brand.

With this, you will see the influencer promoting a product that is related to their values.

If you have an influencer advertising a product that is connected to what they built the audience with, the affinity will simply be a natural one.

Here, they will become more creative and it will skyrocket the publicity, resulting in the best result ever.

Buy Instagram Shoutout is the Best Method to Grow

Item added to your cart

Continue Shopping Go To The Cart